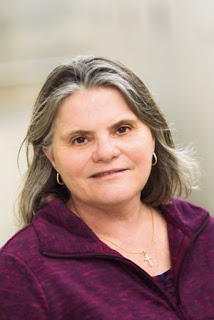 Irene Onorato was born and raised in Bronx, New York. Her father, a first-generation American whose parents were born in Italy, was an Army veteran who had served with the 178th combat engineers during WWII. He told numerous stories of battles, hardships, tragedies and triumphs. The glimpses he gave into the hearts of many American warriors would later become the inspiration for much of Irene’s writings. In 1972, a few months after graduating high school, Irene met James Onorato, a soldier who had just returned from Vietnam. After dating two weeks, they married, raised three children, and are still happily married today. Irene and James, both radiation protection technicians, retired from the nuclear power industry in 2014 and now reside in Louisiana. 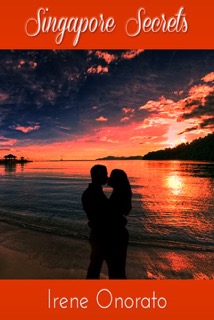 Angry because her father, Louisiana Senator Jacob Windsor, has announced his engagement to Hollywood starlet Kara Bordeaux, Julia Windsor decides she’d rather leave home than be subjected to heightened security and a deluge of paparazzi. She travels to Singapore, severs all communication with those she’s left behind, and chooses to live a life of anonymity.

When Julia meets handsome Gabriel Davenport, she keeps her true purpose for being in Singapore a secret. The friendship that develops quickly evolves into something much deeper.

Julia marvels that she’s traveled halfway around the world to find love with an American man. But will that love endure when she discovers that Gabriel is a former Special Forces sergeant hired by her father to protect her?

Can you tell us why you wrote your book?

I wrote Singapore Secrets specifically for a certain publisher’s call for a romance novel where the hero, heroine, or both, travel to a foreign city where they need a passport for entry. In the end, that particular publisher rejected the manuscript. Later, I submitted it to eLectio Publishing, and they quickly offered a contract for the book.

Which part of the book was the hardest to write?

The middle. For me, the middle is always the hardest. I usually start strong, and have a fantastic ending in mind. It’s the stretch from A to Z that’s difficult for me. Apparently I’m not the only author who’s ever struggled with this. Writing books are full of advice on how to avoid a “sagging middle.” The problem is it’s easier to read the advice than it is to apply it.

Do you remember when the writing bug hit?

Yes. My high school English teacher, Mr. May, instilled in me the love of writing. With his encouragement, I wrote my very first article, “Smash, Crash, Window Bash” for the school’s newspaper. Unfortunately, after graduation in 1972, it was 40 years before I took up my quill and penned my first novel. Life has a way of throwing curveballs. But it all works out in the end.

Besides books, what else do you write? Do you write for publications?

Right now, I’m concentrating all my efforts into my novels. I had a twenty-one-word joke published in Reader’s Digest a few years ago. Does that count? LOL.

I would tell an aspiring writer to study the craft and get into a writer’s forum or critique group. I’m not sure I could have made it to “the end” without my fabulous critique partners.

Would you like to tell us about your home life? Where you live? Family? Pets?

My husband and I are originally from Bronx, New York. We’re Yankee transplants who are now firmly rooted in Baton Rouge, Louisiana. Our decision to move here in the eighties was work related, and we love it here. Our three kids are grown and have children of their own. So, it’s just Jim and me again. We’ve come full circle and we’re enjoying every minute of our life together. We lost our dog to cancer last October. He was fourteen and had a good, long life. I still miss him. Every time I drop something in the kitchen, like a piece of ham, or half of a cookie, I still expect Brinkley, the canine vacuum cleaner, to come suck it up. Instead, I have to bend and pick it up myself. Now, we have two cuddly tabby cats, George and Henry.

Where’s your favorite place to write at home?

My husband made a cute little desk for me in the corner of a spare bedroom. It’s perfect. Henry, one of our tabby cats, seems to think there’s no better spot in the house than on my lap when I’m sitting at my desk working on my latest writing projects.

What do you do to get away from it all?

Every now and then Jim and I will jump in the car and travel to one of the piers on Lake Pontchartrain and spend the day fishing. We don’t have to catch anything to have a good time, and it’s inexpensive recreation. If nothing’s biting, we walk along the length of the pier and chat with other fishermen.

What was the first thing you did as far as promoting your book?

I did a cover reveal for Singapore Secrets on Facebook.

Are you familiar with the social networks and do you actively participate?

What is the most frustrating part of being an author?

By far, the most frustrating part of being an author is the promotional aspect. Bottom line is, I’m a writer, not a salesperson. I would love to write in my closet and slide each finished page under the door to a person who would assemble my book, slap a pretty cover on it, and present it to the world on a float in a ticker-tape parade. Some people have the misconception that if you’re traditionally published your publisher will jump through fiery hoops to promote your book. Truth is, while they may help, it’s still up to the author to do the mother lode of promotion.

What is the most rewarding?

I’m tossed between two answers. There’s a moment of personal satisfaction when a publisher offers a contract for your book. Then, there’s the icing on the cake when a reader posts a five-star review and says she absolutely loved it.

Your book has just been awarded a Pulitzer. Who would you thank?

I would thank God for giving me a creative mind, and my husband for always encouraging me to use that creative gift in my writing.
Posted by Tracee at 10:01 AM